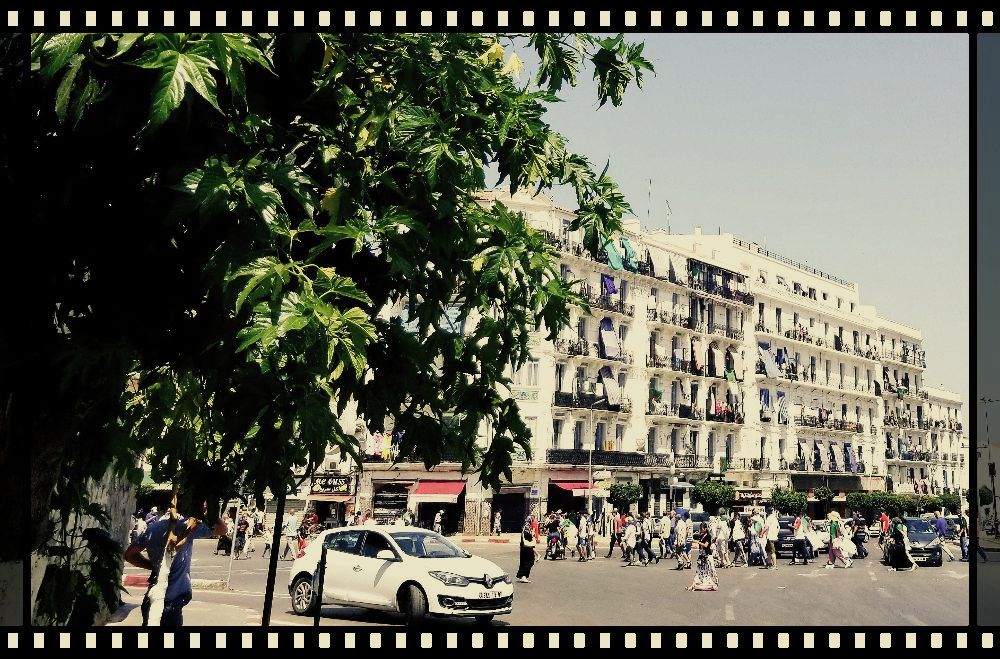 NARCO doesn’t often publish raw fieldnotes, but given how much recent analysis of what is happening in Algeria – especially in regard to the populist political movement known as Hirak – is gleaned from social media (scraping Twitter feeds and Facebook posts), I thought it would be a refreshing intervention to share my notes from observing the latest Hirak demonstration in Algiers last Friday (19 July.)

As everyone knows, analysis derived from social media is vulnerable to a twofold (at least) flaw: first, selection bias is intertwined with social media’s very DNA – we post what we want, we find what we are looking for; second, social media has an amplifying effect – we don’t post pictures of two eggs over easy, but we do share images of eggs benedict with applewood smoked Canadian bacon, bechamel sauce, and sautéed farm-fresh baby spinach – social media represents the poles not the humdrum middle.

So, in an effort to capture some of that mundane middle, please see the below notes from the field (NARCO will be following up with more substantive analysis over the course of the week):

I went to Hirak yesterday. Arrived at 1er Mai a little before 14h00. Walked down Independence from Addis Ababa. Streets were empty. No cars. A couple of people. No cops at all at Addis Ababa. I mean, one or two. But those guys are usually there anyway. At 1er Mai they were staging for the march. March proceeded in direction of Audin. There was initially a fairly sizeable contingent. Organized. A marshal with a flag in front and ushers with whistles on either side. There were no police vehicles at 1er Mai. There was a phalanx of officers and a lot of plainclothes who didn’t really disguise that they were plainclothes. When your taser is showing and your palling around with uniformed guys, it kind of gives it away.

I walked down Hassiba Ben Bouali a ways with the march, but up on the sidewalk. Some spectators. Lots of football kit vendors. Lots. Every 10meters or so. Both sides of the street. Knockoff Pumas. Fan scarves. Flags. Stupid red, green, and white wigs. Some more cops. They looked bemused, leaning against the wall. More curious about the different costumes that people were wearing than particularly concerned about comportment of demonstrators. A gaggle of teenagers came by paper bagging it. Visibly lit. Pre-match partying? The cops saw them, watched them, and then let them go on their way. I tucked up against the wall on the sidewalk. Needless to say, I was the only non-Algerian I saw all day. I got some doubletakes (tats?), but no one said boo. Plainclothes followed for a bit, but I couldn’t tell if it was tailing or they were just heading down toward Audin or picking up on something else.

After the initial group of demonstrators went by, there were groups of stragglers. Some tried to get chants and slogans going, but the energy and critical mass wasn’t there. A father came by with his son. The father was holding a megaphone aloft and the son had the microphone on a wire. The son – 7yrs old? – was shouting slogans – call and response. The only guy responding was a blind guy being led along by another older gentleman. It was sad. Chants in general were pretty conservative – Gaid Salah degage. The people want independence. The people don’t want a new military state. One guy walked by with a Trump, Putin, Macron degage sign. Made me laugh. Gaa really does mean gaa.

I bought some jerseys for my kids – no bargaining. Prices fixed. And coordinated from one vendor to the next. Went back to 1er Mai to see what was happening there. The cops were towing a car. Everyone was trying to find a bit of shade. I mean everyone – including the cops who weren't so much posted up as hunkered down. It was hot as snot. Middle of 1er Mai was empty. People were coming and going from the hospital. I grabbed a cab after it dropped someone off at the hospital and came back up the hill.

Maybe things were more agitated closer to Audin, but from my vantage point, it felt rehearsed, forced, flat. Now, of course, everyone is saying that that is because people stayed home to get ready for the big match. But that in and of itself, says something: people postponed political participation for football. Albeit, pretty significant football, but nonetheless. Buddy said that 22nd Friday was not a valid data point because of the AFCON final. Even so, I am starting to wonder if Hirak is becoming Occupy Wall Street. Maybe it's because the guys selling football kit were also selling those plastic Guy Fawkes masks. Why? Who was buying them? I didn’t see anyone wearing them.