NARCO Analysis: The US Military in Libya

There has been a steady stream of commentary regarding future US military engagement in Libya following remarks by Chairman of the Joint Chiefs of Staff General Joseph Dunford on 22 January about the need for decisive action against the Islamic State in Libya, which were then echoed on 2 February by Secretary of State John Kerry at an “anti-Islamic State coalition” conference. A visit by senior US military leadership to Tunisia last week has only heightened speculation that US military action in Libya is imminent. 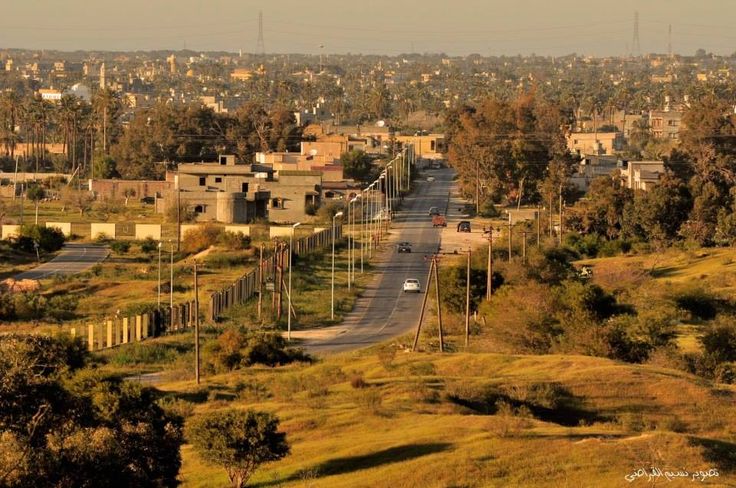 Some of the ensuing commentary has been alarmist, some fatalistic, and a lot prescriptive. But for political and policy reasons any future US military activity in Libya is not going to look too much different from what is already taking place. President Barack Obama's domestic political considerations and his past and present policy preferences all point to little significant change in the US’s military approach to the emergence of the Islamic State in Libya.

To a certain extent, the argument about whether the US will engage militarily in Libya is specious. The US military is already there, on the ground advising local groups and targeting terrorists and in the sky in manned and unmanned vehicles. But there is also evidence that the Islamic State is growing. Just how big is a matter of debate. The UN, which privileges political solutions, sticks to the lower end, maintaining that the Islamic State in Libya has 3,000 fighters. A Francophone source, where the Islamic State threat to the homeland is more immediate, puts the number at 12,000. The Pentagon splits the difference and says that there are between 5,000-6,000 fighters, up from an earlier CIA estimate of 2,500-3,000, which itself is up from a 2014 AFRICOM estimate of 500 or so fighters.

The administration’s balancing act – the need to do something versus the political risks of making a mistake whilst doing something – will dictate the nature of further US military engagement in Libya.

With President Obama likely ruminating about his pending exit, his legacy, and the election of his successor, he is no doubt anxious to ensure that the Democratic Party holds on to the White House. For the moment, it appears that former Secretary of State Hillary Clinton will be the Democratic nominee for the 2016 presidential election. But Secretary Clinton’s Republican opponents (with some help from Michael Bay) have transformed “Benghazi” and “Libya” less into dog whistles than foghorns to rally the party faithful around what they claim are Secretary Clinton’s foreign policy failures. One can only imagine the consequences for the Democratic chances retaining the White House were US forces to be captured or killed by the Islamic State in Libya between now and 8 November.

As a result of these political considerations, further US engagement in Libya will likely be characterized by providing intelligence, reconnaissance, and surveillance support to its allies in the fight, by airstrikes to eliminate Islamic State leadership or critical infrastructure, and by the deployment of Special Forces to gather intelligence and capture or kill high value targets. Eyes-in-the-skies armed with the occasional warhead and a very light footprint on the ground will mitigate against the risk of damaging political blowback in the midst of a high-stakes presidential election.

But this approach is also not dissimilar to what the US is already doing in Libya and it dovetails with President Obama’s past approaches to the use of Special Forces and with the current trend of relying on Special Operations Forces as frequently as possible and avoiding large-scale military deployments.

After recovering from the shock of the 2012 Benghazi incidents, US Special Forces have undertaken operations in and around Libya as circumstances required. Publically acknowledged events alone point to a steady pace of operations. In October 2013, Special Forces deftly executed a raid in Tripoli in order to capture Abu Anas al-Libi, an al-Qaeda member. In March 2014, Special Forces interdicted a tanker carrying looted Libyan crude and redirected in back to Libya. In June 2015, Mokhtar Belmokhtar, the founder of an off-shoot of al-Qaeda in the Islamic Maghreb, was killed in an airstrike in Ajdabiya, Libya. Five months later, Abu Nabil al-Anbari, the head of the Islamic State was killed in another airstrike. In December 2015, a Special Forces team penetrated within miles of the Islamic State’s training facility in Sabratha. And these are just the disclosed activities. It is safe to assume, given the nature of what Special Forces do and how they do it, that there have been (and continue to be) numerous other successful undisclosed operations.

But the Obama administration’s political calculations and past policy preferences are not the only indicators of likely future engagement in Libya. In fact, a continuation of the current nature of the US’s engagement there dovetails with the administration’s broader embrace of the Special Forces approach, as signaled by President Obama’s nomination of General Joseph Votel to take command of CENTCOM. General Votel currently serves as the Commander of the US Special Operations Command and recently expressed concern that increasingly too much was known about what the Special Operations community does and is doing.

Fortuitously, the Obama administration’s political concerns and its policy proclivities align with what is likely to be the best way for the US to engage the Islamic State in Libya and erode its capabilities. Without a viable government (or governments) in Libya and in the midst of a multifaceted civil war, conventional ground forces, even in limited numbers, would risk not only failing to achieve their objectives, but could potentially exacerbate an already volatile environment. Although progress may be more incremental and, ideally, more inconspicuous, the continuation of the current approach to US military engagement in Libya is likely to yield more enduring results.