NARCO Analysis: Why Morocco is not Tunisia 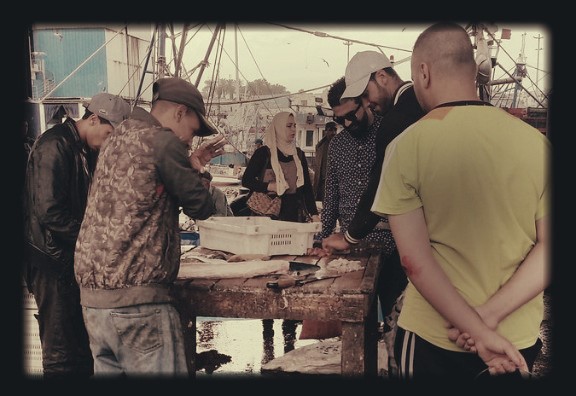 The accidental death of a fishmonger in the northern Moroccan town of al-Hoceima on Friday 28 October and the ensuing nationwide marches over the weekend have generated lots of comparisons to Tunisia’s 2011 Jasmine Revolution. Then, a street vendor’s suicide sparked widespread protests that ultimately led to the downfall of the Ben Ali regime. Now, in Morocco, as protests move into their third day, people are starting to speculate that Morocco is having its own revolutionary episode. But the comparisons between Tunisia 2011 and Morocco 2016 are knee-jerk. Morocco is not having a revolution and it is unlikely to have one.

There are some fundamental differences between Morocco now and Tunisia then. First, while Morocco is a monarchy, its elected government is the Palace’s built-in buffer, insulating it from broader populist criticism. To wit, the protestors throughout Moroccan cities large and small are not calling for the king’s head. They are not calling for the downfall of the monarchy. Instead, their chants are carefully calibrated to avoid naming names and are expressions of general malaise and of frustration with the system such as it is.

By contrast, Tunisia was a monolithic authoritarian system where all roads led to Rome and Rome was President Zine el-Abidine Ben Ali and his in-laws, the Trabelsis. Wealth and power were concentrated in Ben Ali and the Trabelsis’ hands. If there was someone to blame for Tunisia’s injustices and unfairness in 2011, it was unequivocally Ben Ali.

In Morocco, there is the monarchy and then there is the government, which in this case, was just elected at the beginning of October. At the end of the day, the elected government’s power is limited, but the Palace can nonetheless shift the blame to elected officials and thereby sidestep populist wrath. One of the Moroccan monarchy’s enduring principles is to try to position itself above the thrust and parry of day-to-day politics. The monarchy is the arbiter, not a player.

So protestors will protest, but not against the core of the Moroccan state itself. And thus it will persevere.

Second, Europe and the United States effectively abandoned Ben Ali in 2011, thinking that doing so would have little consequence. After all, no one really thought about Tunisia much, a country of nine million people tucked between two much larger and more influential countries on the North African coast. This was a massive miscalculation. Tunisia’s revolution reverberated throughout the region, arguably igniting revolutions and rebellions in Egypt, Libya, Bahrain, Yemen, Syria, and even a furtive protest movement in Morocco itself.

Second, Morocco has become an important counterterrorism partner for the US and Europe. Morocco’s intelligence sharing is invaluable to France and Belgium. For the US, Morocco has been a much-needed CT ally in the region. The US has been able to get traction in Morocco where it has failed elsewhere in the region. This level of support from European capitals and Washington gives Rabat a lot of leeway to deal with protestors and to restore stability.

This is not to say that there is not an enormous amount of pent up frustration in Morocco where economic disparities are increasingly glaring, where horse carts share the road with Aston Martins, and where the playing field is perceived as increasingly uneven, with laws applied to the poor, but not to the wealthy. But the idea that a fishmonger’s death in Morocco in 2016 is a direct analogue of a street vendor’s suicide in Tunisia six years earlier is misinformed.